The farther south and west I go the easier it is to plan and remember my daily route.  This day it was Hwy’s 15W and 54W from Perryton to Tucumcari.  That’s all.

This is Hwy 15 not far from where I started in Perryton.  There was standing water along side the road and some in the fields.  At first I suspected this was remnants of the Texas floods earlier in the month, but Tom (later) explained that the floods were over in east Texas and this water was from four inches of rain last week.  The land is so flat the water pools in the ditches and dips and stays there for a while. 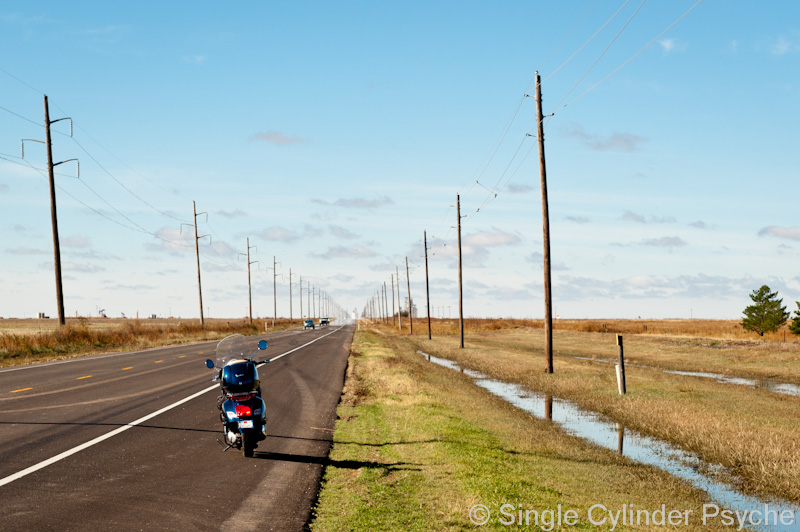 It was difficult for me to pass by surface storage of grain without taking a picture.  This time corn in Waka, TX. 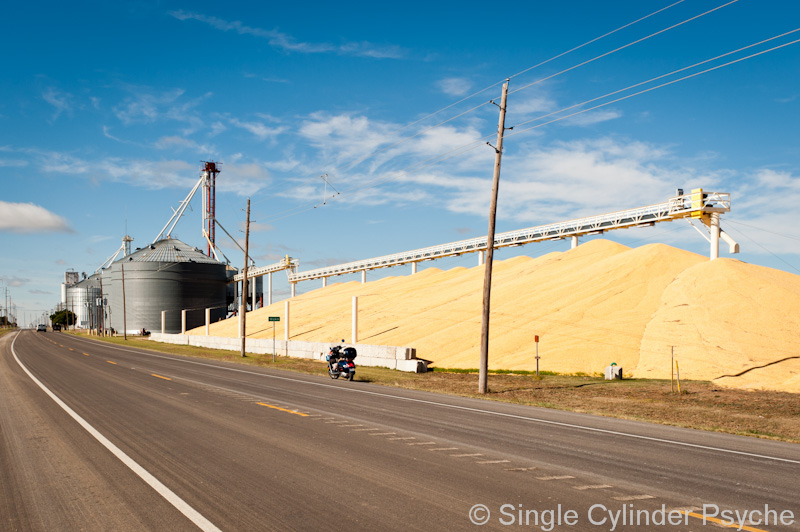 This is Tom.  He has a calm and relaxed self-confidence that makes him easy to talk to.  Tom is a farmer in Waka, was driving by while I was taking the corn picture, made a U-turn and came back to ask if I wanted him to take my picture in front of the corn.  I did, so he did and we ended up talking for a while.  It was mostly me asking and him answering questions about the grain storage part of the business.  I’m happy we met and also glad I asked if I could take his picture. 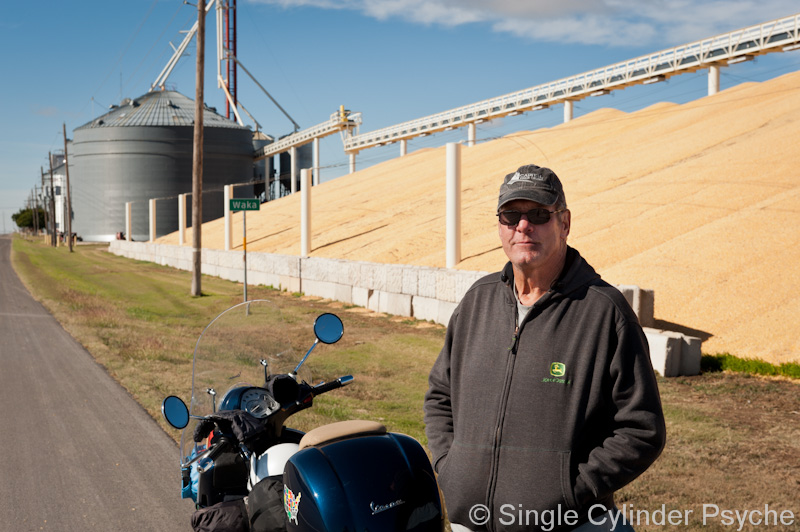 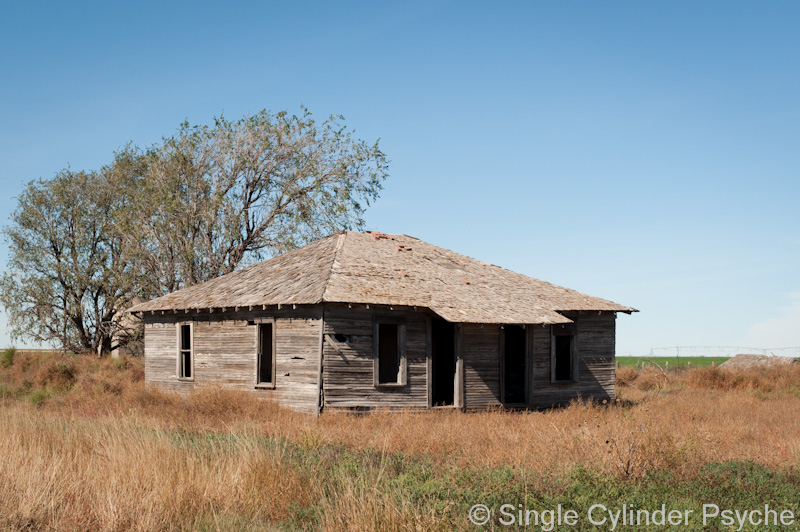 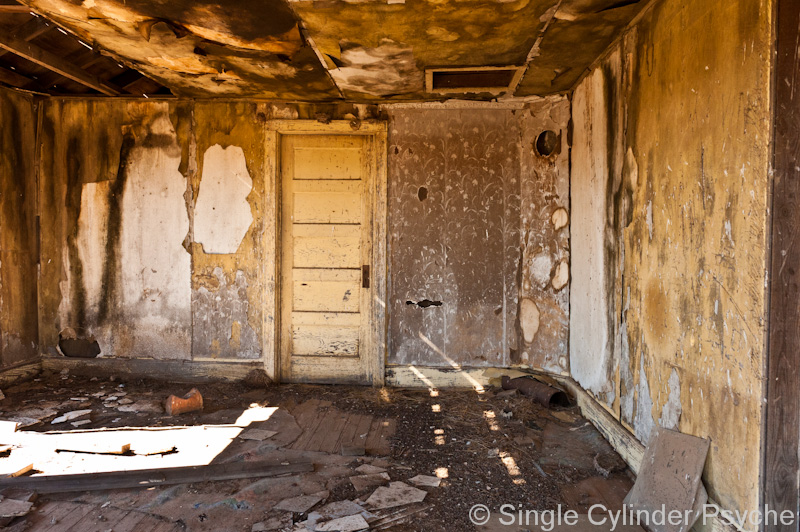 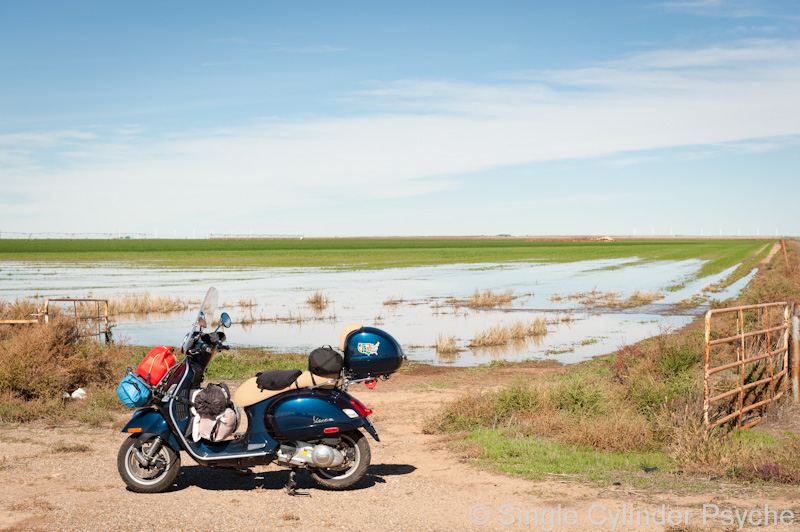 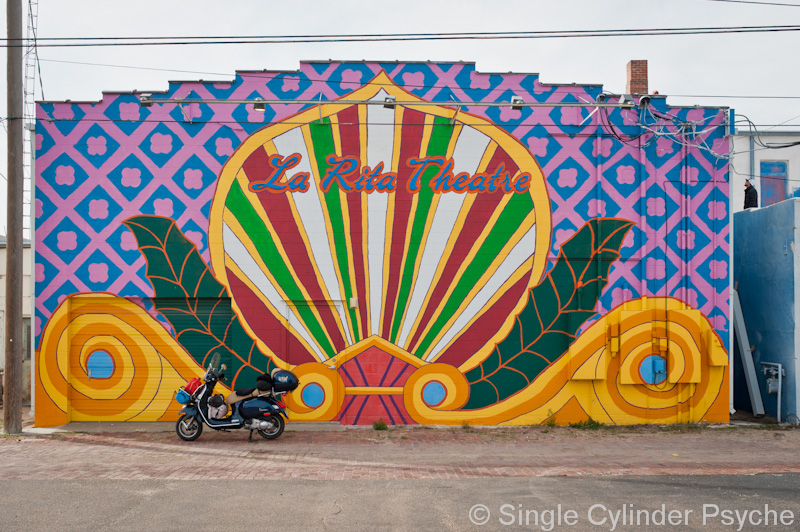 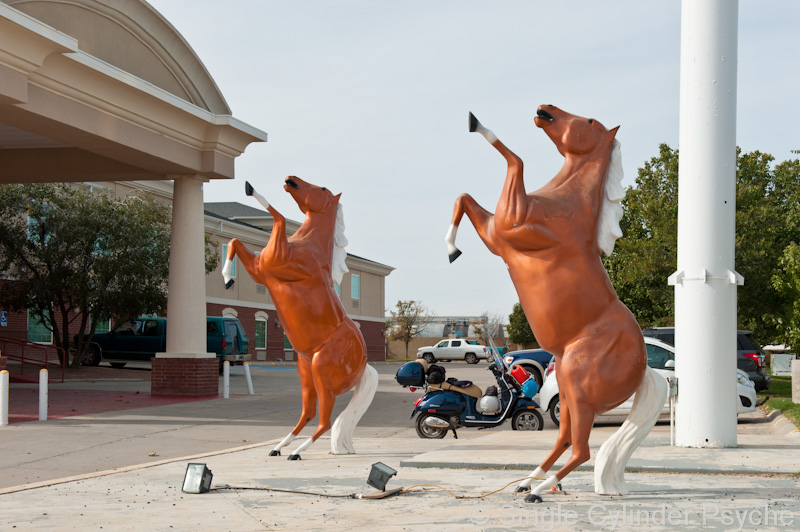 Ever since Iowa I had been keeping my eye out for hog farms, but hadn’t seen any.  I asked Tom about that and he described what they’re like these days.  So when I saw these buildings, I knew it was a hog farm… 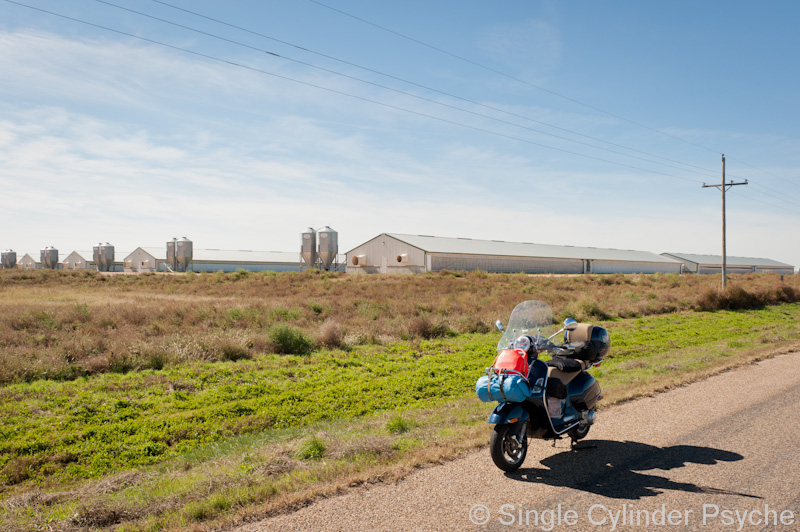 It’s not your Old McDonald’s farm.  The pigs are kept inside ventilated buildings.  In this area there are ten buildings to a cluster (farm?) and many, many clusters, about a mile apart from each other, spread out across the countryside.  Each cluster has a driveway out to the highway.  There isn’t a sign that says “hog farm” or other indication of what the business is.  After passing up quite a few of them, I got my courage up and rode inside, looking for the office so I could ask to take a picture of some hogs.  This is the office… 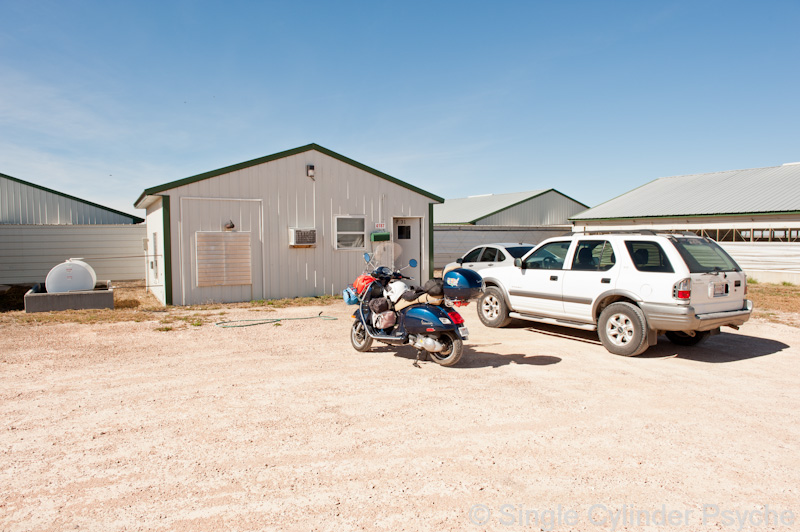 The first person I contacted didn’t speak much English, so he called his supervisor who showed up in the white car.  The supervisor spoke more English but needed to call his boss.  Eventually I spoke on the phone to the boss, who was friendly and polite but said they don’t allow people to take pictures of their “livestock.”  I mostly expected that answer but had to try anyway.  While I was waiting for the supervisor and boss to discuss things I walked over to the building housing the hogs and looked in through the opening.  Lots of pigs, about 80 to 100 pounds each, twenty of them per 10′ x 20′ sectioned pen.  At first they were afraid of me, then curious.  They reminded me of the cattle at the feed lot.  I did a quick estimation of the building size and calculated that there were 800 pigs per building (probably 1,000), so 8,000 pigs per ten-building cluster.  That times the number of clusters spread out across the land equals lots of pigs.  I was sorry but not disgusted with the conditions the pigs lived in, and will continue to have respect for the meat I eat, and not waste any.

This is Hwy 54 between Dalhart, TX and Tucumcari, NM.  About 75 miles of that road has “no services.” 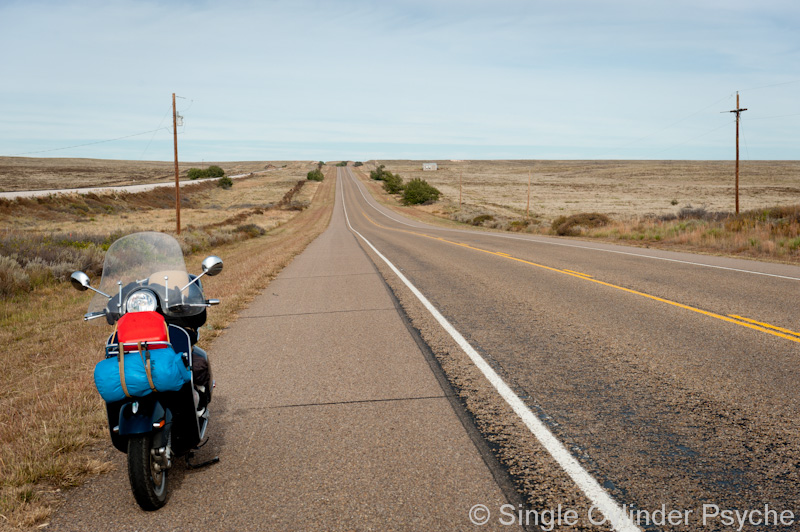 Just on the New Mexico side of the state line is the ghost town of Nara Visa, with lots of abandoned motels, gas stations, markets, and other businesses. 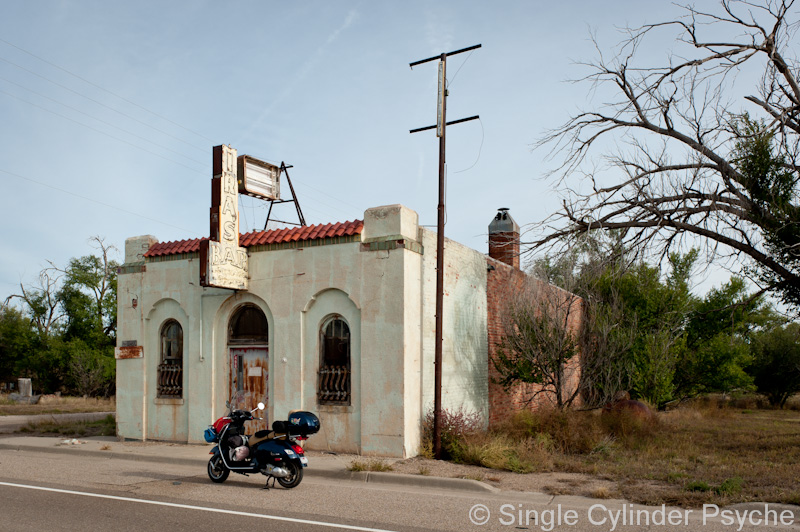 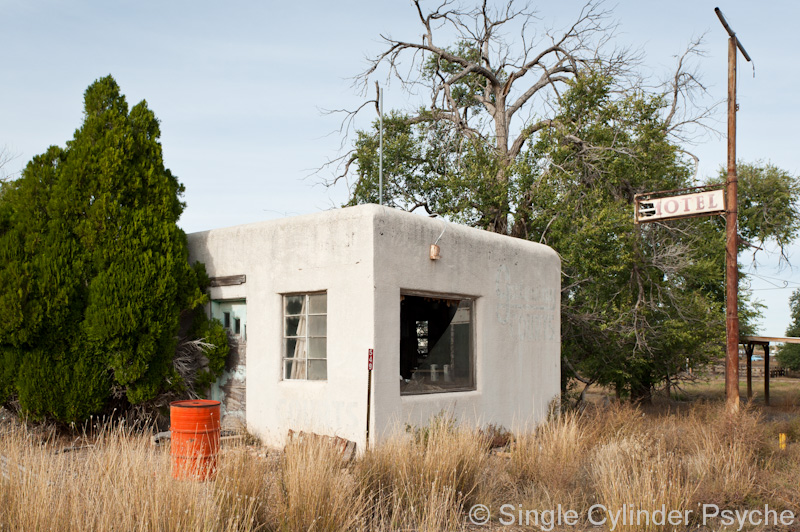 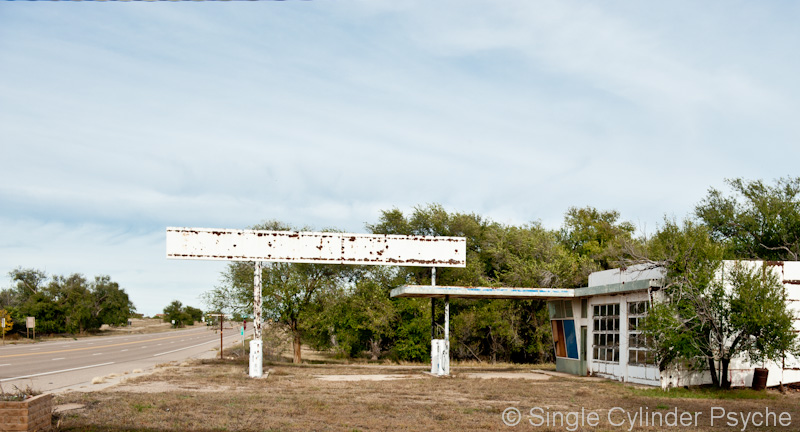 Tucumcari surprised me. It turns out that a part of old Route 66 (now Hwy 54) runs through town.  Many of the motels and restaurants in the Route 66 part of town are abandoned, in favor of the national chain versions now located on I-40 at the edge of town.  The rest of the town has a few empty buildings, but is still functional and has lots of murals on building walls. 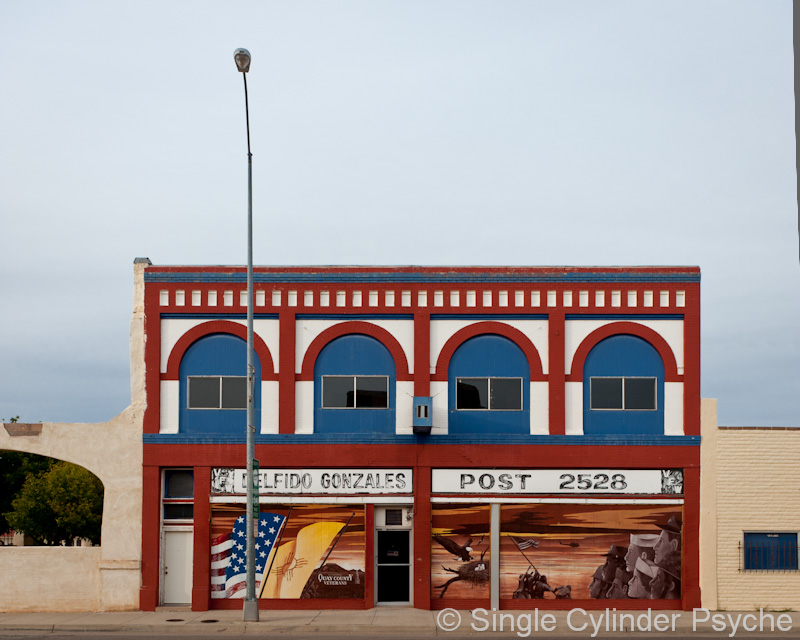 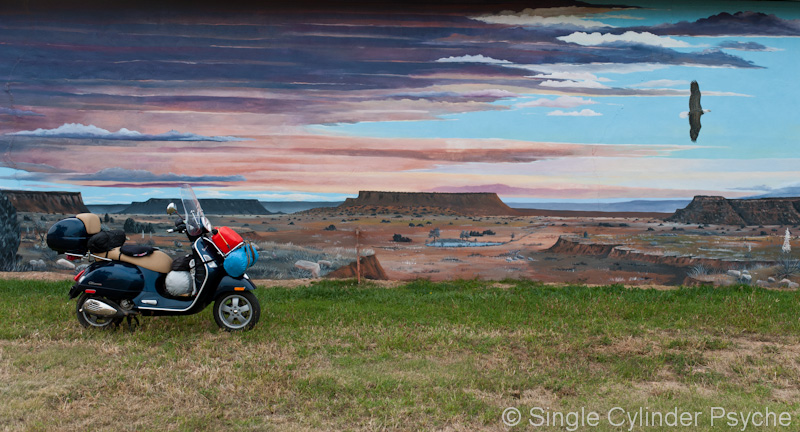 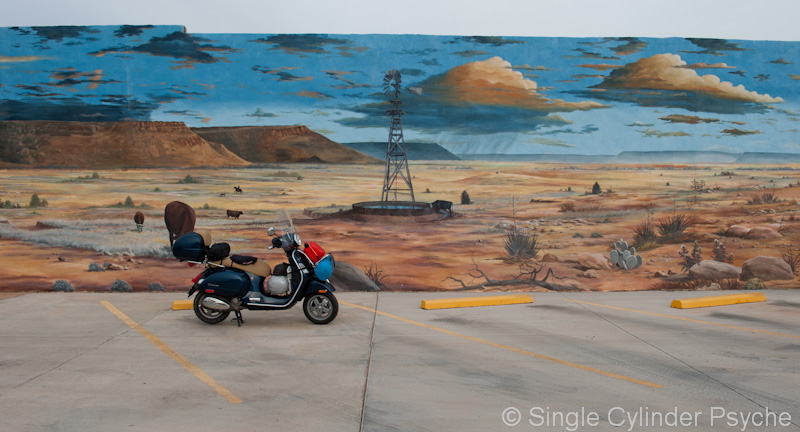 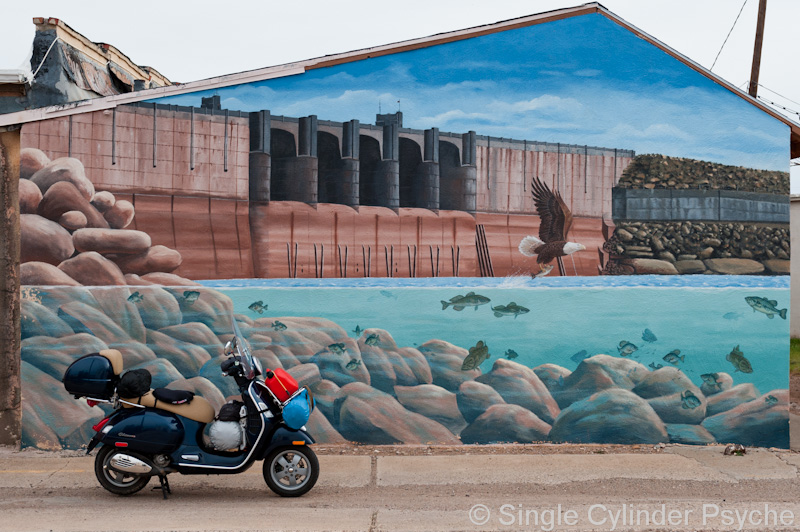 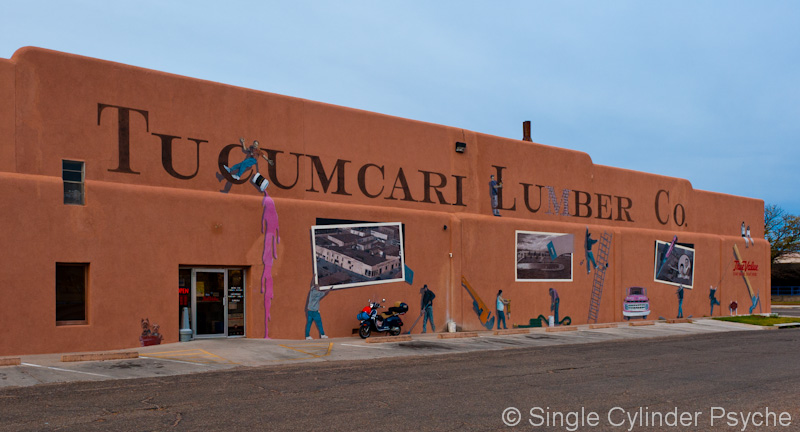 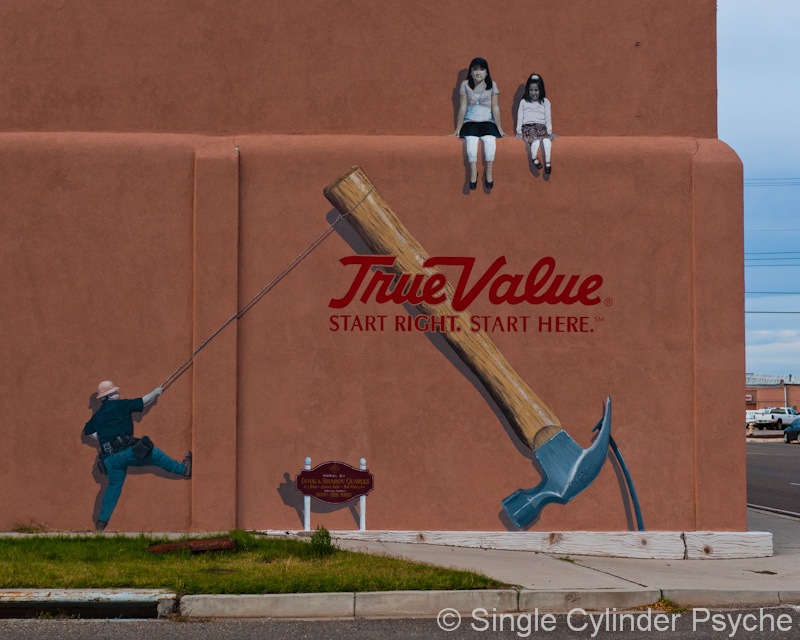 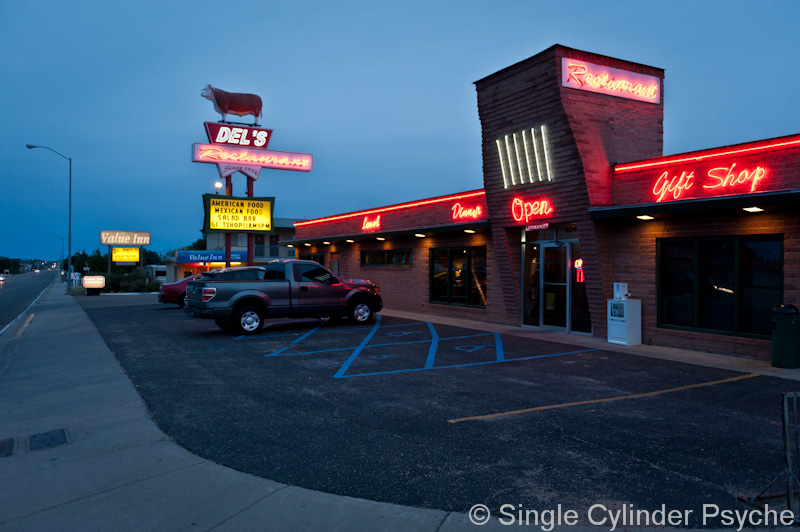